looking for knowledge
about your problem
and why it persists?

Is Chiropractic care
right for me?

“I think my problem is muscular, but it won’t go away.”

Often the patient only sees one problem i.e. the symptom. But as outlined in section “Do chiropractors only look at bones” there can be a number of bodily structures contributing to that symptom/s or the overall condition. Mentioned on that page are the skeletal, nervous and soft tissue systems but it gets even trickier as the proportions of each involved system is never equal. Lack of recovery can come when therapy is directed at only one component of the triad, the unattended system/s impede progress or continually regress the condition.

The main therapeutic approach at the Healthmont Clinic is to gain an understanding about the overall situation and then address all these body systems in their priority order. Don’t Chiropractors only look at bones?

The longer a body has to grapple with abnormal skeletal biomechanics the more it may involve other body systems. One major system that can become affected is the nervous system. The nerves in our bodies are very sensitive; they do not handle well an environment that makes their function hard. To communicate their problems they will give off messages. These messages come in the forms of pain, numbness, tingling, burning and aching.

Another system that gets influenced when the mechanics get upset is the soft tissue system. Muscles involved with the skeletal system have the job of creating movement in the body and they can only do this over a joint. When the joint is malfunctioning the muscle has a more difficult job. This results in increased muscle tone. The muscular system has its own way of communicating its displeasure with its environment. Symptoms may include pain, aching, and spasming. Muscles that are held contracted for long periods of time become fatigued and eventually become weakened.

The ligamentous system is part of the soft tissues of the body and like the muscular system is affected by joint dysfunction. In the short term ligaments are quite resilient but the longer they are subjected to stretch and compression the more their integrity is compromised. In the chronic state the ligaments become hard, ropey and quite nodular and similar to other body symptoms give off their own characteristic pain symptoms.

Often a vicious cycle is established where the worsening of one system aggravates another, and so on. However, this clinic is dedicated to assessing your bones and nerves and soft tissues. We also have an active interest in your nutritional health. For more information here see Nutrition section on Our Techniques page.

With over thirty-two years of practice behind us we hope you can appreciate we’ve done a lot of listening. The chances are high we’ve come across your problem before.

Time is taken in this clinic to listen, to understand and then feedback to you what is going on – all before we start any treatment program. 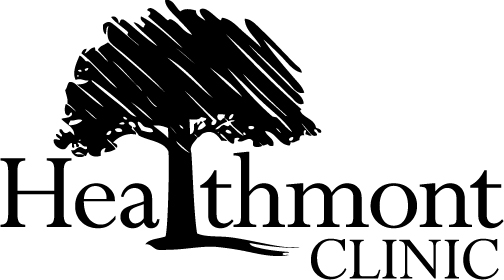 In this clinic, we strive for…

Represents Chiropractic care. Straight and well aligned spines and good functioning joints throughout the entire body. No matter at what age.

Represents Muscular care. Properly toned muscles and soft tissues that have optimal strength and function. No matter at what age and stage of life.

Represents Biochemical balance. A plant struggles to thrive in depleted soil, it’s the same if our bodies are lacking in nutrients. Through good nutrition and sometimes supplement intake we can provide proper fuel for each and every body type. These are our current hours. They may vary leading up to Public Holidays or vacations.